Home News The density and apartment debate continues as Scottsdale cracks top 10 list of priciest US cities for renters
202111.04

Scottsdale native and zoning attorney John Berry, who works on many of the apartment projects brought before council, said residents are “justifiably concerned” about the quality of projects approved in their neighborhoods while “elected officials are also committed to ensuring higher quality projects in Scottsdale than you might see in other communities.” 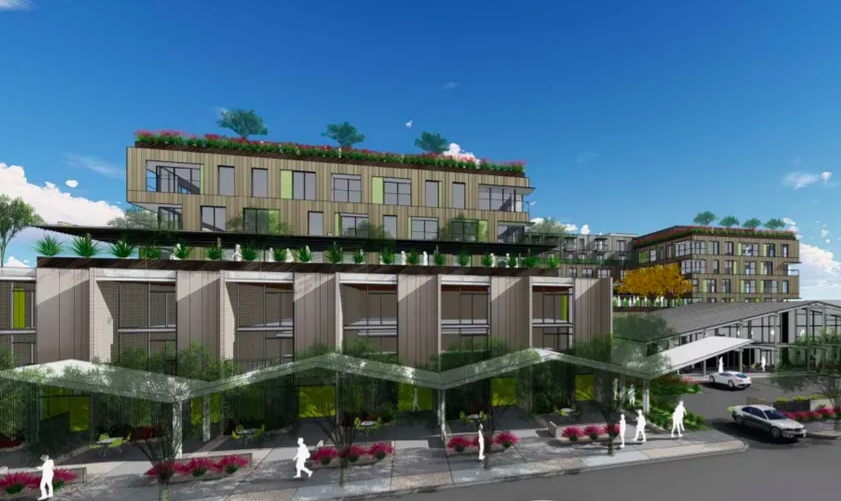 The affluent community northeast of Phoenix hit the No. 10 spot on a list of the country’s most expensive cities for renters in October, when the median rent for a one-bedroom apartment reached $1,890 per month, according to apartment firm Zumper.

Scottsdale, like the larger Phoenix metro area, is experiencing a housing shortage that is rooted in the response to the housing market collapse in 2008, according to Mark Stapp, executive director of the Master of Real Estate Development program at Arizona State University’s W.P. Carey School of Business.

Metro Phoenix was hit hard by foreclosures in the Great Recession, which led homebuilders to slow the pace of construction even as the economy recovered. “That delay in beginning to add new housing units when we were experiencing substantial population growth as a result of our economic expansion resulted in a very big undersupply of homes for the demand,” he said.

The consequence is soaring housing prices. Overall, metro Phoenix rents jumped between 10% and 14% during the past year, depending on the research. That lands the Valley on lists of the top three U.S. metros for the biggest rent increases.

The solution is to add higher density residential development, said Stapp, who added that this approach is difficult for elected leaders to embrace because it isn’t politically popular.

That’s especially true in Scottsdale, where growth has long been a contentious issue, and where a newly formed City Council majority is pressing to restrict dense development in Old Town.

City leaders recognize that housing affordability is a problem and discussed solutions last month, although no formal action was taken. Council members proposed ideas such as to work with regional partners, to create a working group to brainstorm ideas and to collect data on the city’s housing supply.

But Mayor David Ortega, elected a year ago on a platform of responsible growth, is reluctant to add more apartments.

Living in Scottsdale comes with a “cost premium for our beauty, public safety, clean maintenance, and where health-conscious families and business can thrive,” Ortega told The Arizona Republic.

The past decade of apartment development in Scottsdale

The Republic reviewed a decade of development and planning cases after a Scottsdale spokesperson said the city was unable to provide the number of multifamily dwelling units in the city, how many were recently developed or how many have been approved and are yet to go up.

The Republic’s analysis found about 10,300 multifamily dwelling units have been built since 2011, and 3,300 units are under construction. Since 2018, about 3,700 more units have been approved, but haven’t broken ground yet.

The City Council approved two rezoning requests for apartment developments this year while three others were postponed or withdrawn.

Courtney Gilstrap LeVinus, president of the Arizona Multihousing Association, said a group of neighborhood activists in Scottsdale oppose virtually all rental housing, which creates a long-term threat to affordable housing.

“Individuals like teachers and nurses and people who want to live in Scottsdale to be close to where they work, or where they go to school, are going to be unable to live in Scottsdale and will have to move because there’s not enough housing and it’s unaffordable,” Gilstrap LeVinus said. “Unfortunately, this NIMBY (not in my backyard) activism is creating a long-term threat to Scottsdale and the ability for people of all walks of life and all income levels to live there.”

Scottsdale native and zoning attorney John Berry, who works on many of the apartment projects brought before council, said residents are “justifiably concerned” about the quality of projects approved in their neighborhoods while “elected officials are also committed to ensuring higher quality projects in Scottsdale than you might see in other communities.”

Berry represented the developer of the Miller project, a six-story apartment building with 148 units in Old Town, approved in October. The complex will offer eight workforce units to firefighters, teachers and police officers at a discount.

Some push to loosen restrictions and encourage affordable housing

Data from the Maricopa Association of Governments shows just more than 50,000 apartment units have been built in Scottsdale since the city incorporated in 1951.

However, a 2019 study by the Scottsdale-based Elliott D. Pollack & Company identified a growing need for affordable housing solutions in the Phoenix and Tucson metro areas and recommended that government leaders reduce development regulations and incentivize affordable units.

An Arizona Multihousing Association lobbyist cited that study in August as he tried to make the case to the Scottsdale City Council that further restricting land use in Old Town would only exacerbate the problem.

Ortega pushed back, arguing that Scottsdale doesn’t have the infrastructure to house many more people. The mayor said there already are thousands of dwelling units being developed that will bring thousands of people to Scottsdale, while “not one new street lane or hospital bed” is available.

Stapp said that view misunderstands what actually happens when development is approved. He said denser development in areas with existing infrastructure, such as Old Town or the Greater Airpark, makes better use of existing assets.


Apartments for the Shea Corridor

Similar to the Miller apartment project approved last month, Scottsdale developer Jim Riggs proposes to offer rent discounts to teachers, firefighters, police officers and workers within a mile of a mixed-use development with 310 apartment units he wants to build in the Shea Corridor.

“The only housing option for young couples or young professionals or retirees that are living on a fixed income might be this kind of multifamily for rent — and rent while the market’s so hot,” he said.

Whether the proposal, called 92 Ironwood, will entice council to approve the project remains to be seen. The Planning Commission recommended approval, but a council vote has been postponed once and there is no mention of the case in the posted public meeting agendas.

Riggs said the property is surrounded by five commercial properties, including some of Scottsdale’s largest employers, such as HonorHealth and CVS Health, that employ more than 2,000 people.

Jason Rose, a spokesperson for the project, said the council not approving the project “would be one of the craziest decisions I’ve ever witnessed.”

The project has support from surrounding small businesses and no neighbor within a mile of the project opposes it. An empty office building has been sitting vacant on the site for 12 years, Rose said.

“If that project doesn’t get approved, what it’s going to say to the business community is you can’t get any project — hardly any project — done,” he said.

The District at 9400 Shea, a proposed 219-unit apartment building next to Riggs’ project, recently withdrew its application because it wouldn’t get council approval without adjustments, said Paul Gilbert, a zoning attorney for the project.

“I think the new council may have concerns about apartments that the previous council may not have had,” he said.

Gilbert said the developer, Kaplan Residential, will try to address concerns related to traffic, neighborhood support and the building’s elevations, and submit a new application to the city.

Scottsdale leaders and residents can’t believe the city is special to the point “where it doesn’t have to help contribute to the overall growth and development of the region because it benefits from it too,” he said.

David Leibowitz, a spokesperson for the Arizona Multihousing Association, said affordable housing is an economic benefit to the city. Multifamily developments help support small businesses, which are struggling with the pandemic and the decline of in-person retail and the boom of online shopping, he said.

“If you want to support those small businesses, they need residents who live nearby. Those are the people who actually spend money at small businesses,” he said. “If you don’t build those places (rental housing), ultimately, you damage the economy and put small businesses really in a really, really bad position.”